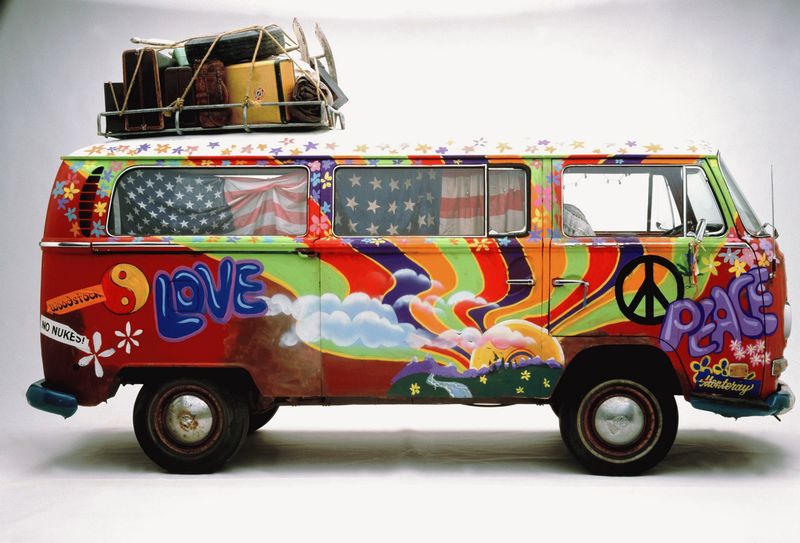 Sixty-three years ago, Volkswagen began production of a new vehicle. Officially known as the Volkswagen Type 2, or the Transporter, this new vehicle quickly picked up a number of nicknames, including the VW microbus and VW minibus.

In the U.S., the Transporter became known as the hippie van because of its popularity in the counterculture movement of the 1960s. Despite the peace-and-love karma surrounding the VW microbus, the unofficial vehicle of Woodstock stands at the center of the Chicken War that continues to this day.

In January 1964 President Lyndon Johnson retaliated by imposing a 25 percent tax on all imported light trucks. The Johnson administration reasoned that sales of the Volkswagen Transporter, which was manufactured in West Germany, were about equal to the lost sales of U.S. chickens in Europe.

At least that was the “official” reason given. Audio tapes of Johnson’s conversations in the Oval Office reveal he was motivated to impose the 25-percent tariff for two key reasons.

First, the president was concerned about the November 1964 elections, which would occur less than a year after Kennedy’s assassination. Johnson never had Kennedy’s popularity or charisma, and he needed to maintain key Democratic voting blocks — like the United Auto Workers — to be re-elected. Walter Reuther, president of the UAW, was threatening to call a strike near the November election.

Second, Johnson needed all the support he could get to convince Congress to pass the Civil Rights Act of 1964, which extended voting rights to blacks and outlawed racial segregation in schools and the workplace. Having the support of the UAW would help convince congressmen and other unions to back Johnson’s legislation.

Of course, the UAW’s Reuther needed a little quid pro quo to call off any strike and give his blessing for any Civil Rights bill. The audio tapes show that the American auto industry was concerned about Volkswagen’s expansion into the U.S., though the focus was more about the Beetle than the van. Still, Johnson’s 25 percent tariff on light trucks was enough to convince Reuther to back the president and Civil Rights legislation.

The “Chicken Tax” is still in effect today, though the government no longer defines foreign-made mini vans and SUVs as light trucks for import purposes. Even American auto companies must comply with the tariff if import trucks that were made overseas, though Ford appears to have found a way around the tax.