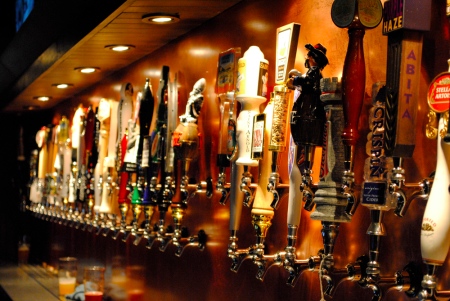 A new business is opening on Palmetto Avenue in downtown that plans to pay homage to Sanford’s history.

Paul Williams, owner of the West End Trading Co. at 202 S. Sanford Ave, says he plans to open a craft beer business in the old Sanford Wine Co. spot at 114 S. Palmetto Ave. He’s calling Celery City Craft, and the inside will feature pictures and posters of historic Sanford, as well as a giant Sanford-themed mural.

“It’s going to have an old school Sanford feel on the inside, and we’re working on getting a shuffle board table as well,” Williams says. “There will be no smoking inside the establishment.”

He expects to offer about 50 beers on tap, as well as a large selection of bottled beverages. Williams plans to carry a line of fine wines and some food choices, such as sandwiches and cheese plates.

Celery City Craft will offer the ability for patrons to take beers home in both growler containers and mix-and-match 6-packs.

Williams says the business may open in two to three weeks. He has filed his paperwork with the state of Florida and plans to apply for his occupancy license next week.