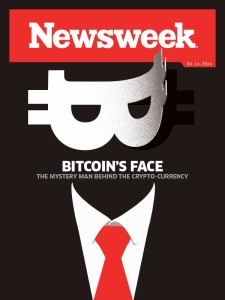 The Morning Read, because sometimes you’ve got to go outside The Bokey:

Newsweek returns to the printed format today with a fascinating article about a 64-year-old California man the magazine claims is Satoshi Nakamoto, the founder of Bitcoin.

The New York Times profiles Florida’s own U.S. Sen. Marco Rubio and his attempt to be the voice of a “muscular brand of foreign policy.”

According to Bloomberg News, A Boston start-up thinks its liquid-metal batteries have the potential to store energy from wind and solar systems at a fraction of the cost of other technologies. Best line in the story? “To make it dirt-cheap you have to make it out of dirt.”

Locally, the Orlando Business Journal reports that Urban Trust Bank in Lake Mary is the victim of a secret shopper scam.

Dr. Frank Jobe, the inventor of “Tommy John surgery,” dies at 88. Read the story at ESPN, but also check out the 30 for 30 short film that’s part of the article.