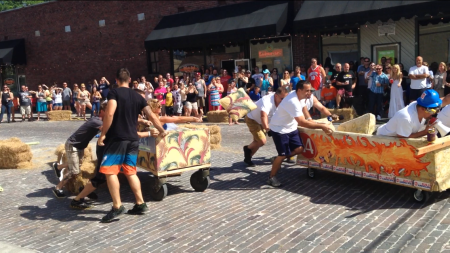 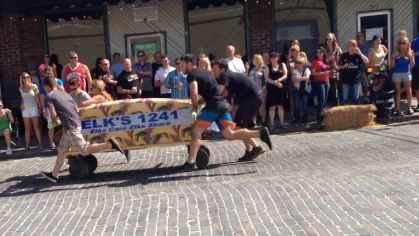 Elks – way out in front 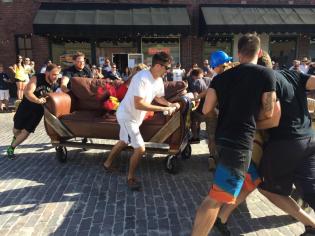 Sanford Homebrew is all about the Malt Life. Credit: Mark Cochran 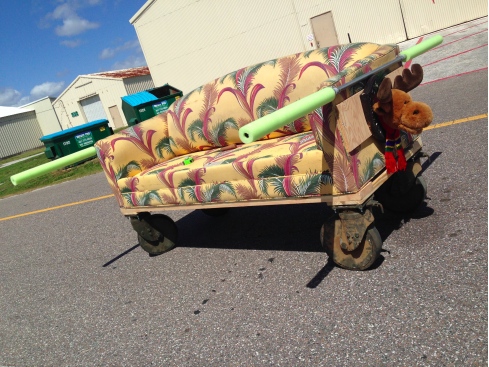 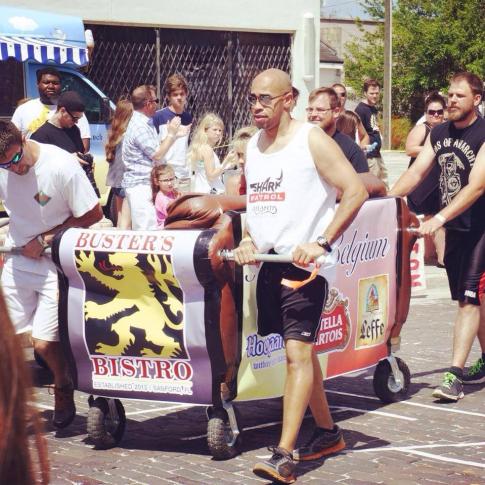 The Imperial at Washburn Imports – built for style, not speed. Credit: Sumalee Eaton

Some 750 people lined 2nd Street on a gorgeous Sunday afternoon to watch as 15 local businesses raced sofas on the bricks between Palmetto and Sanford avenues.

The field was competitive, but in the end it was the Thrusters from Buster’s Bistro who banged, battered and busted the competition to walk away with the championship trophy.

Organized by Mike Smith of the Imperial at Washburn Imports – Sanford and Paul Williams of West End Trading Co., the event was more than just a good time. Smith said about $1,000 was raised for the Salvation Army.

“Only in Sanford can you get this many people to come out to watch sofa racing,” joked Ted Newsom, president of Sanford Elks Lodge #1241, which finished second to Buster’s Bistro. “This was a great event. I think the racers and the people who came out to watch had a great time. Plus we raised some money for charity.”

Sofa & Suds was hosted by A Mediocre Time With Tom and Dan. Hay bales were provided by Horstmeyer Farm & Garden. Food was provided by Sushi & Seoul On The Roll and Hollerbach’s Willow Tree Cafe. Oskar Blues Brewery provided beer.