Did you hear the one about the guy who wants to by the Sanford sewer plant?

No seriously, Ashley Ansara, a veterinarian who has built and sold several professional buildings in Seminole County, approached the Sanford City Commission last week about buying the sewer plant for $3 million. 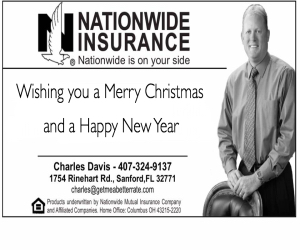 The facility occupies 8.37 acres on the southern bank of Lake Monroe, near Downtown Sanford. Locals have long lamented its location on such a prime piece of real estate.

Former Sanford Mayor Brady Lessard used to claim – actually, he still claims – he’d rather have his name put on the sewer plant than on any building or park.

“It ain’t sexy, but you can’t be a great city if you have a crappy sewer system,” Lessard said.

Lessard’s musings aside, why would someone want to buy a sewer plant?

Ansara’s interest in the property is two-fold. First, he wants to relocate the plant within three to five years so he can redevelop the land for residential and commercial uses.

“That location is not really suited for such a facility,” Ansara said. “My plan is to move it from that location because that land should really be developed for retail and residential.”

Second, he wants to build a new facility. Ansara wants Sanford leaders to agree to help him secure tax-free bonds to finance the relocation. He and his private investors would earn their money back by selling waste water services to the city.

“The equipment in that facility is very old, it’s very old technology,” he continued. “We would use the latest technology. It would be much cheaper.”

Ansara’s proposal is interesting, but there are a number of huge issues that have to be addressed.

City Commission directed city manager Norton Bonaparte to create an informal committee comprised of city utility staff, representatives from CPH Engineers (the city’s engineering firm), and city finance department staff to find out answers to these and other questions.

My guess is they will determine this proposal stinks.