As much as I love Sanford, my beloved city is being punked by International Falls, Min. when it comes to bike racks and public art.

The city whose nickname is “Icebox of the Nation.” The city where you can’t even ride a bike for at least 4 months out of the year because the high temperature is BELOW 32 degrees Fahrenheit.

I realize bike racks are not the most pressing matter in Sanford, but as a city that prides itself on being funky, weird and artsy we can do better.

This issue is pretty timely, actually. On Monday the city commission is expected to approve a public art ordinance. The Public Art Commission has been working hard for six months to create the ordinance. Now I think they want to get down to what the art commission is all about: placing public art throughout the city.

Here’s a suggestion: The art commission should start a program that incorporates public art into bike racks. Cities all across America have done this, and I’m not talking about big cities like Atlanta and New York. I’m talking about Podunk little cities like Beaumont, Texas; Fort Wayne, Ind.; Juneau, Alaska; Lynchburg, Va.; and Winston-Salem, N.C. (which is better known for cigarettes than public art).

Think about it: we could have a celery stock bike rack downtown; a baseball bike rack at the stadium;  and a fountain pen bike rack in Goldsboro to honor Zora Neale Hurston.

I’m sure there are a lot of great ideas for public art projects. Bike racks don’t have to be the priority, but it seems like an easy place to start.

Besides, I hate Sanford being outdone by cities like Beaumont, Lynchburg and International Falls. 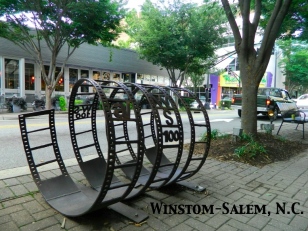 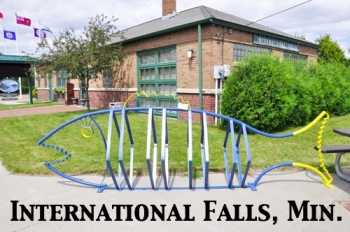 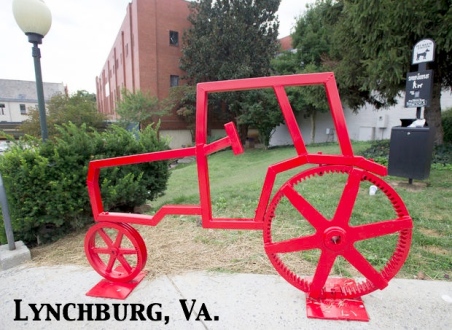