If you understand that those words can unlock a Southern breakfast (or late night) favorite, then you’re a fan of Waffle House. You’ll be glad to know you won’t have to leave the Celery City to get your fix in the near future.

Waffle House has submitted a preliminary site plan to the city of Sanford to build a 1,776-square-foot restaurant on West Lake Mary Boulevard in front of the old Albertsons grocery store.

I reported last year that Twistee Treat was looking to build one of its cone-shaped ice cream stores in the parking lot of that same retail center (Twistee Treat eyes former Albertsons’ location). Since that time, a South Florida real estate company bought the shopping center. It appears the Twistee Treat plans don’t fit with the new owner’s plans.

If you’re jonesing for some Waffle House grub, you’re going to wait a while. The company has yet to formally have it’s plans reviewed by the city. It could take 3 to 4 months to gain all the appropriate approvals once the process begins. 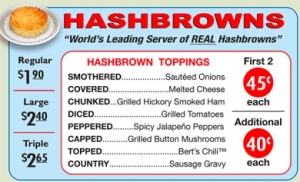 On an interesting side note, the Norcross, Georgia-based chain has been around since 1955, however, hashbrown ordering lingo wasn’t rolled out until the mid-80s. According to the folks at Garden & Gun Magazine, Waffle House diners in the beginning could only order their hash browns scattered on the grill and smothered with onions. That changed on Feb. 9, 1984. Read why here. 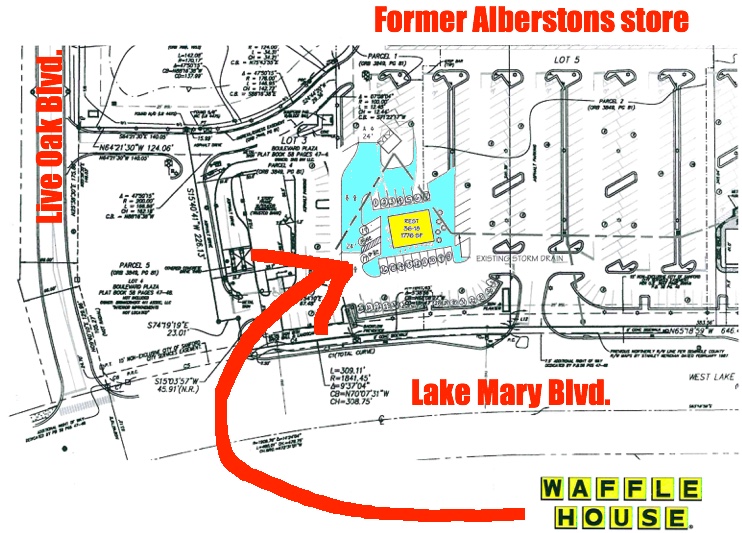