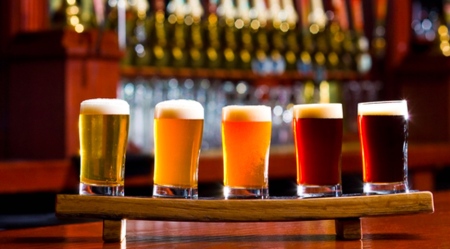 A group of Orlando investors plans to jump on the brewery train in downtown Sanford, in what will […] 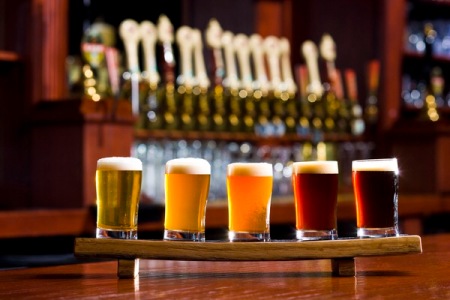 Sanford’s thriving craft beer community will get a turbo boost.

END_OF_DOCUMENT_TOKEN_TO_BE_REPLACED 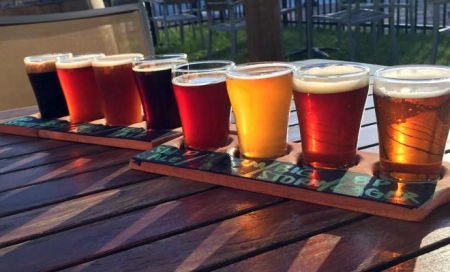 Shantell Williams’ decision to close her cafe and open a supper club nearby has created an opportunity for Sanford’s first microbrewery.

END_OF_DOCUMENT_TOKEN_TO_BE_REPLACED

Bokey is not just Sanford’s nickname – it’s soon to be a frothy beverage.

Greg Piecora, co-owner and head brewer at Wops Hops Brewing Co. (Facebook), says the beer will be a classic Rauchbier, which is a German smoked ale. The decision to brew a beer honoring Sanford was an idea first floated by Paul Williams, owner of West End Trading Co. Piecora chose to brew a Rauchbier because of its connections to Sanford.

END_OF_DOCUMENT_TOKEN_TO_BE_REPLACED

A resolution by the Sanford City Commission in 2005 made Budweiser the official beer of Sanford, but the city is quickly becoming the king of the craft beer scene.

By the end of 2015 Sanford will have three craft beer breweries, a Belgium beer bar, a craft beer bar and restaurant with more than four dozen microbrews on tap, a store selling home brewing equipment and supplies, and a bar that serves sour beer – all within a three block radius.

END_OF_DOCUMENT_TOKEN_TO_BE_REPLACED

Greg Piecora evaluated a number of places to locate his business, Wops Hops Brewing Co. Conventional wisdom dictated that Winter Park and Maitland were among the top choices.

“I love a city with personality, and Sanford has personality,” Piecora says. “We could have been anywhere, but this city has a heartbeat. The history, the people, the vibe — this place is real.”